MY BEST BOOKS, WITH OVER 100,000 COPIES SOLD ONLY IN CATALAN

THANKS FOR YOUR ATTENTION

Waldemar Icziczin, aged ten, arrives from Poland at a school in which, because he’s one of the living dead, he is rejected and bullied by his classmates. When he looks for friendship and affection, he is treated with contempt, especially by an (unnamed) classmate who will  come to understand, too late, that true friendship  transcends social and cultural barriers, and even the difference between the living and the dead. That love, in a nutshell, transcends the threshold of time.

“Nobody’s a Zombie” is a necessary statement against intolerance, differences of race and class and ideas, in a time of brotherhood and globalisation in which all borders will inevitably vanish. It is also a reflection on how physical and psychic differences often become unsurmountable walls which need to be demolished

LEO BARNES, THE BOY MADE OF PAPER’

An elderly, childless bookselling couple give birth to a boy made of paper, with streamers for hair and tears made of confetti. THE BOY MADE OF PAPER is a child who is physically fragile but tremendously sensitive and intelligent, given that he has been made out of the greatest pages of world literature, of philosophy, of incunabula from the ancient world… It won’t be easy for him to survive in a world in which priority is given to physical appearance and less and less to human values. A little paper bird, the voice of his conscience, will be the boy’s guide when he begins his key adventure. THE BOY MADE OF PAPER, as he grows up, discovers one of his many skills: all it takes is an act of will for him to transform himself through the art of origami into a boat, a plane, a flower thrown to the wind. The boy and his faithful friend and guide will face new dangers when, once his secret has been discovered, he will be coveted by all those who wish to turn the boy into the star of a travelling circus or into a prototype for an army of paper soldiers.

‘THE BOY MADE OF PAPER’ is its author’s homage to the great characters of children’s literature, from Pinocchio to Peter Pan: the boy who flies through a mix of genres including magical tales, musicals, adventures, comedy and even suspense and horror, in a fable about the eternal struggle between good and evil with a background of sentiments among the most outstanding of which are the unbreakable unity of the family, friendship and selflessness, the search for a meaning to life, care of those who are physically or psychologically handicapped and the cultivation of the spiritual over the material. LEO BARNES has been born with a view to finding a place in the hearts of everybody who loves good literature, and imagination as the only resort when it comes to changing the world and bringing out the best in readers of all ages.

The EXTRAORDINARY JOURNEY OF A BATHPLUG

‘The Extraordinary Journey of a Bathplug’ – which won the Carmesina Prize for Children’s Literature in 1997 – is a tribute to Gianni Rodari, the genius of Emilio Romagna and a homage to the world of cinema within the cinema (think “Cinema Paradiso”). It is also an allegory of creativity and a musical. The idea is to show that creativity has no limits: what can be done with a bathplug?
It is, in effect, a creative exercise, similar to those which the author uses for his creative publicity workshops at the University of Barcelona: a bathplug vanishes down its own plughole seeking adventure, within the framework of a plot of a typical matinee movie for children in a small Italian cinema. But the children watching the movie don’t like the fact that the bathplug and his companion – a sponge – continually burst into song. They order the film to be stopped and have an argument with the actors. Gianni Rodari, the Italian writer and pedagogue, now plays the part of one of the children and gives the actors instructions so as to make the film a lot better, telling them to make it a pirate adventure, a western (the bathplug becomes a sheriff’s star), a love story, a crazy football match…and the children then watch this interactive film. After playing various roles, the bathplug and the sponge will ask themselves about the meaning of life as they travel towards the land of Imagina…where everything is possible.

‘THE ONE TRUE LEGEND OF THE KNIGHT, AS TOLD BY THE DRAGON

At the start of the 21st century, a publisher is sent a curious manuscript: the true story of the legend of Saint George. What makes it special is that it is told from the point of view of the dragon.  This surprising new version of the legend, which recreates the myth, has encouraged other dragons to give their own version of the story. A dragon in Wales, another in Tarragona, a third in Cappadocia (Turkey) and a fourth in Hollywood, tell us stories and legends which have nothing to do with real life.

A hilarious comedy about human nature told from an animal point of view.

““If you are one of those people who only believe in what you are able to see or touch, if youdisdain the laws of the supernatural – and I am not referring here to foolish tales of ghosts or phantoms – if you cannot accept the fact that evil can lead mankind to plot terrible deeds, then do not read me.”

‘THE MANUSCRIPT OF THE BEASTS’

Esther and Alphonse Dandridge, two orphaned twins, enter the strict school of Saint Mary of Ely. The repeated disappearance of some of their fellow pupils leads the twins to a series of unsettling discoveries, involving the blood of innocent children. Without wishing to, they will find themselves involved in a frightening game of false appearances and dubious motives. A horror story which will leave us wondering whether it was mere fiction or a macabre reality.

Folck has not only written a horror story, but also a profound reflection on what happens when intelligence is used on the side of evil. This is one of those novels which, in a normal literary world, would have been showered with laurels and would have crossed borders both of age and culture.” (Andreu Sotorra, in the Avui newspaper) «Ingenious and disturbing, with a Grand Guignol ending, this most ambitious of Folck’s novels could also make a perfect film script.” (CLIJ magazine) V«A journey that takes us straight to the very depths of our fears, to things which are beyond our comprehension. The narrative is run through with electrifying dialogue and plenty of shivers, being on the very edge of the irrational. A very enjoyable scare!” (Qué leer literary magazine)

An English Gothic novel Winner of the Barcanova Literary Award

‘The Giambattista Della Chiesa’s will and testament states that he must be buried with his faithful cellphone after a life spent working as a technician for the Telecom phone company. When, on the third day after his burial, his family’s phone rings and they hear him say that he is in Paradise, having a good time in the company of the ‘Great Ones’, the news travels fast and an avalanche of people descend on the city of Naples like a stream of Vesuvian lava: people of all ages and conditions occupy the old Spanish Quarters in order to talk to their deceased loved ones. In the course of twelve phone calls, the reader experiences the most profound human feelings but also sees the dark side of people: their fears, their hidden skeletons, in a city controlled by the Camorra.

With the outlook and the nature of a child, with the powerful imagination that characterises his work, the author creates a bittersweet parable about the final meaning of existence, a tragicomedy of thrilling, vibrant feelings which – as happens in the old Italian neo-Realist films – makes the reader both laugh and cry at the same time.  Folck contrasts a narcissistic, impetuous society and the decline of a dehumanised civilisation, with a paradise of never before described cities in which the great creators continue to work their magic and in which everybody seeks to make everyone else happy.

CALLS FROM HEAVEN is an unclassifiable, unusual novel, an urgent call for peace, tolerance, understanding between peoples, and to a spiritual way of life in which ‘being’ is given priority over ‘having’. A song of hope so that the idyllic gardens of Paradise may be reborn in our old, mournful world…

Next: The Chewing Gum War and others 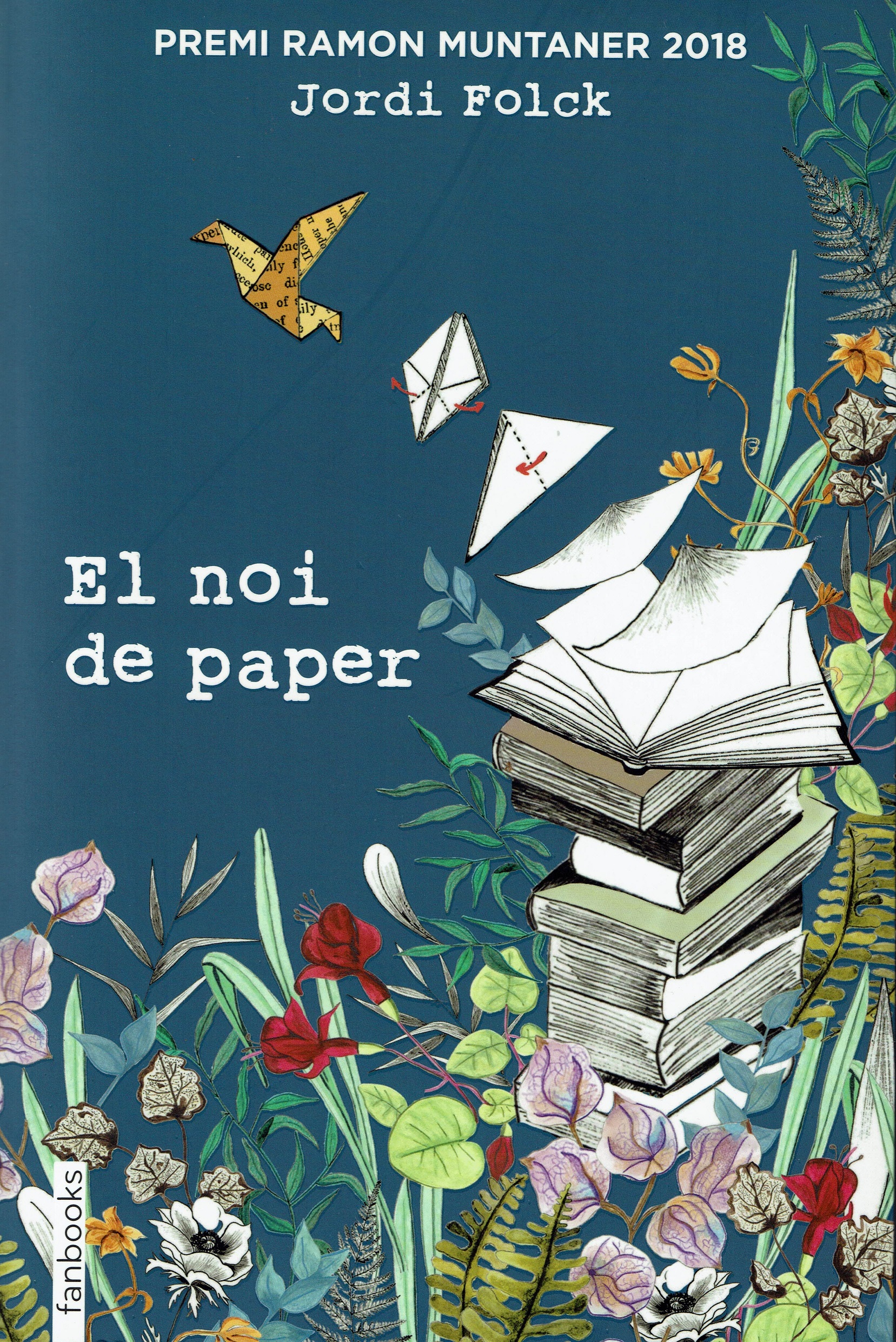